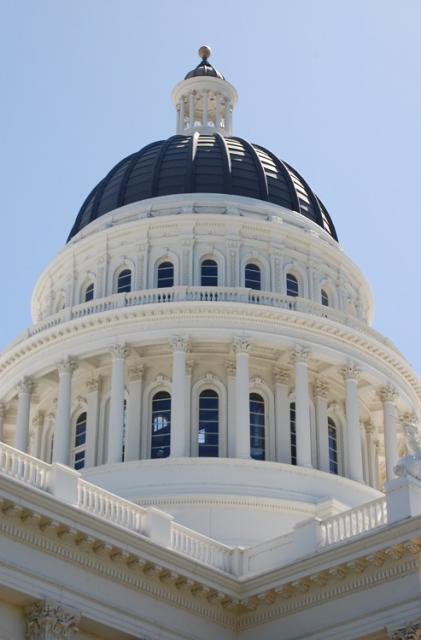 Water users in California for years have chafed under an administrative system that some people believe is too often tilted in favor of the State Water Resources Control Board.

A bill making its way through the Legislature aims to change that.

Carried by Merced Democratic Assemblyman Adam Gray, AB 313 would create a new Water Rights Division within the state’s Office of Administrative Hearings to act as a referee in cases where alleged water use violations issued by the State Water Board are challenged.

“AB 313 is a simple, but important, due process bill to bring a sense of balance and fairness to water rights enforcement,” Gray said in a statement. “Currently, the State Water Resources Control Board possesses quasi-judicial authority over water rights and conducts water rights hearings itself. The Board writes regulations, initiates enforcement actions, and conducts hearings in which the Board acts a prosecutor, judge, and jury. This is akin to letting a pitcher call his own balls and strikes. There’s a reason we have umpires in baseball; to ensure the rules are interpreted and applied fairly and without bias.”

AB 313 is among the several water policy bills the Legislature will consider when it returns from its summer recess Aug. 21.

The State Water Board enforces water rights laws typically by levying fines against those found in violation. It also can issue cease and desist orders if an alleged violation is imminent or believed to be ongoing. In either case, respondents can have their day in court by requesting a hearing before the State Water Board, which in some cases is represented by a single hearing officer.

In those hearings, State Water Board staff presents evidence and makes the argument to the decision-maker as to why the prosecution team believes the water rights violation allegation it has made is true. The alleged violator has an opportunity to present its case and cross-examine witnesses in an effort to convince the decision-maker that the prosecution team’s allegations are false, that it has a valid defense for its actions, or that there are mitigating circumstances, among other things.

Under Gray’s bill, administrative law judges would conduct water rights hearings and make recommendations to the State Water Board that would be accepted, rejected or modified. AB 313 is supported by more than two dozen major agricultural groups and water districts, including the Byron Bethany Irrigation District, which in 2015 was hit with a $1.5 million fine by the State Water Board for alleged illegal diversions (the fine was later dropped).

In a letter supporting the bill, the irrigation district wrote that the state has “near-blanket control over water rights,” and that the existing hearing process is one in which water rights holders “are denied due process and impartiality.”

An opposition letter by a coalition of environmental groups said AB 313 “is unnecessary, increases state costs, and would impede the orderly administration of water rights in the state.”

State Water Board spokesman George Kostyrko would not comment on the bill.

According to an analysis by the Senate Judiciary Committee, where the bill passed on a 4-1 vote July 11, “there does not appear to be an objective basis on which to conclude that the existing State Water Board administrative procedure is or is not biased in any particular direction,” and the complaints about the process from water users and environmental/fishery groups “may itself be an indicator that the State Water Board is not especially biased in one direction or the other.”

The analysis points out that “the fact that the due process provided by the current administrative water rights enforcement system is constitutionally and legally sufficient does not mean that a different structure is undesirable,” and that “moving the adjudicative hearings to Office of Administrative Hearings might still be a good idea, even if it is not legally necessary to do so.”