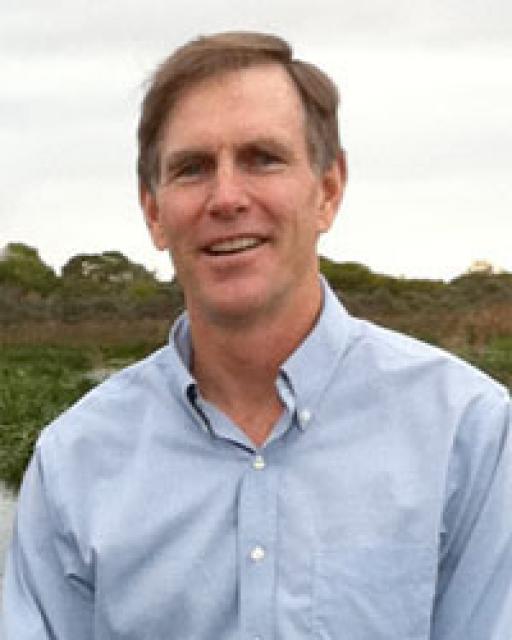 California had its warmest winter on record in 2014-2015, with the average Sierra Nevada temperature hovering above 32 degrees Fahrenheit – the highest in 120 years. Thus, where California relies on snow to fall in the mountains and create a snowpack that can slowly melt into reservoirs, it was instead raining. That left the state’s snowpack at its lowest ever – 5 percent on April 1, 2015.

Because he relays stats like these, climate scientist Brad Udall says he doesn’t often get invited back to speak before the same audience about climate change.

It’s understandable. Udall, the senior water and climate research scientist at the Colorado Water Institute, delivers a message that is equally sobering and alarming.

Decades of carbon emissions by people have thrown a monkey wrench into the Earth’s climate, causing a warmer outlook with a new set of parameters for the world community. Last year was the hottest year on record globally, he said. “This absolutely is the new normal,” Udall said at the Water Education Foundation’s Executive Briefing March 17 in Sacramento, referring to California’s historic drought now in its fifth year.

His comments linked to the Briefing’s theme “Defining the New Normal,” which featured his presentation and others about California’s push for water supply sustainability and panel discussions about financing infrastructure, implementing the groundwater management act and the continuing challenge of the Bay-Delta puzzle.

While climate change is “the single biggest challenge facing humanity” Udall believes the problem is not insurmountable. “We can fix it, that’s the cool thing,” he said. “I am far more optimistic now than ever.”

The path toward repair means accepting that the old playbook is no longer relevant.

“Stationarity is dead. The past is no longer a guide to the future,” Udall said.

That pronouncement has distinct consequences for the water cycle and Udall likes to point out that “climate change is water change.” What he means is that heating up the planet skews existing weather patterns, leading to ice sheet melting and drier and hotter desert regions.

A 2015 that set a record for the warmest ever segued into a 2016 in which climate change indicators were soon present. “Phoenix at 90 degrees in February is not right,” Udall said.

Udall acknowledged the controversy that goes with climate change but stressed that the scientific community is nearly unified in accepting that global warming is caused by increased emissions of carbon dioxide into the atmosphere.

“We know it as much as knowing that smoking causes cancer,” he said. “Burning carbon is risky and we’ve got to stop it.”

Attempting to halt its progression took a big step forward with the Paris Agreement, a pledge in December by 195 nations to reduce greenhouse gas emissions. Udall is further encouraged by the rapid ascension of renewable energy, which he said is outcompeting carbon economically.