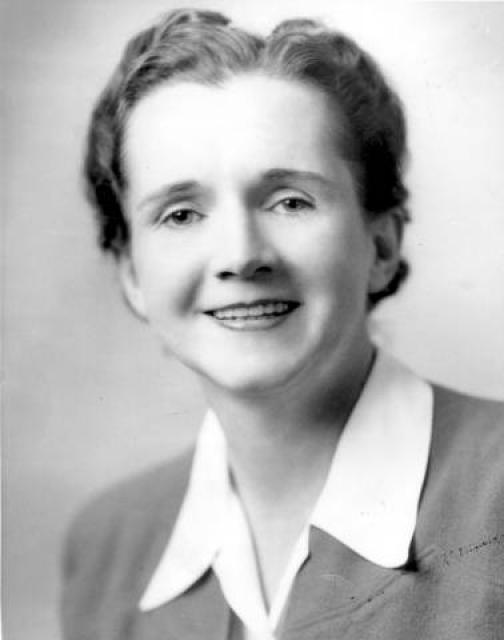 Rachel Carson (1907-1964) authored Silent Spring, a book published in 1962 about the impacts of pesticides on the ecosystem and credited with beginning the modern environmental movement.

Before becoming a full-time writer, she worked at the U.S. Bureau of Fisheries, renamed the Fish and Wildlife Service, from 1935-1952 as a biologist and then editor-in-chief of publications.

In 1969 one of the Service’s refuges near Carson’s summer home on the coast of Maine was renamed the Rachel Carson National Wildlife Refuge in her honor.