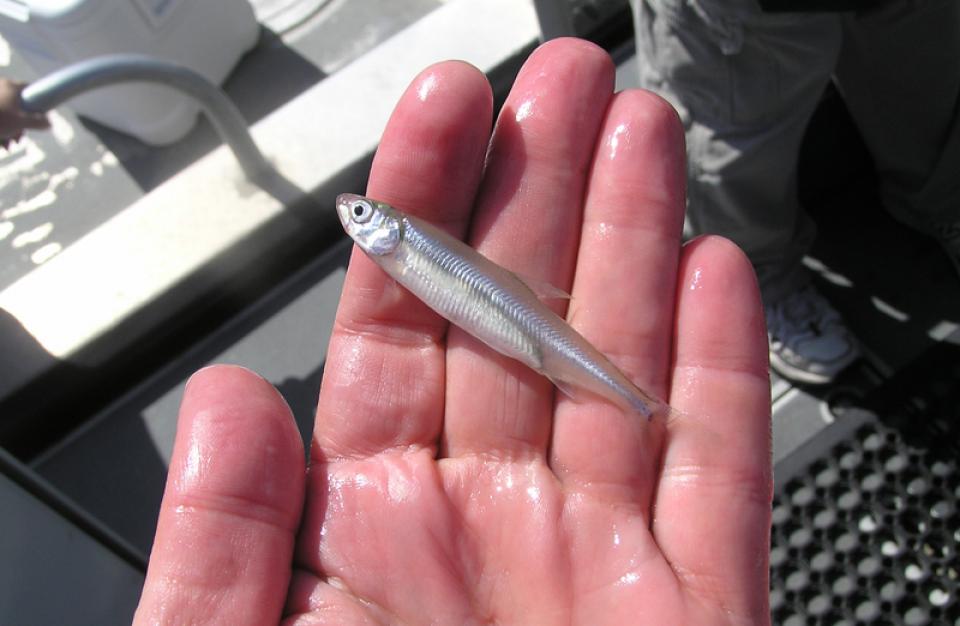 Pelagic fish are those that live near the water’s surface rather than on the bottom. In California, pelagic fish species include the Delta smelt, longfin smelt, striped bass and salmon.

In California, the fate of pelagic fish has been closely tied to the use of the water that supports them.

In the Sacramento-San Joaquin Delta, water diversions through such practices as pumping and reduced flows in some areas have caused pelagic fish populations such as the Delta smelt to decline.

Adding to these stressors, scientists also suspect there is a low level of food available for open-water fish in the Sacramento-San Joaquin Delta.

Ammonium and other byproducts from wastewater treatment, for instance, may affect the food web, making less food available for pelagic fish.

At the same time, pesticides and invasive species may also alter ecosystems and related food chains. Some of these species eat the same food smelt depend upon. Others alter the environment by decreasing turbidity, making young smelt more vulnerable to predators.

By June 2014, the State Water Resources Control Board is expected to revise water quality objectives, and the means by which it supports salmon, steelhead and pelagic fish such as the Delta smelt.