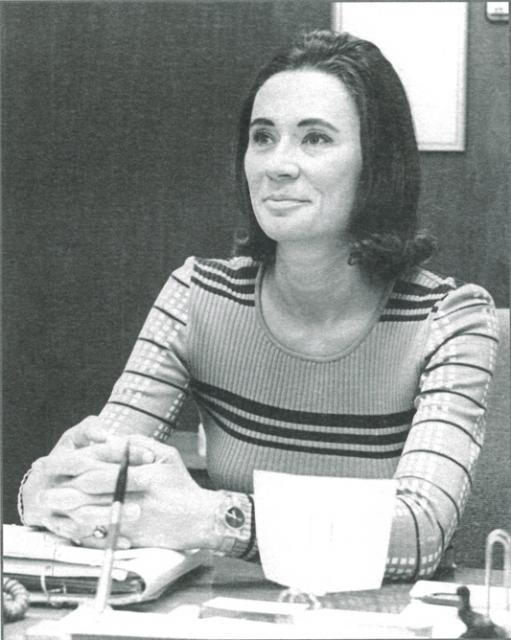 Jean Auer (1937-2005) was the first woman to serve on the California State Water Resources Control Board and a pioneer for women aspiring to be leaders in the water world.

She is described as a “woman of great spirit who made large contributions to improve the waters of California.” She was appointed as the State Water Board’s public member by then-Governor Ronald Reagan and served from 1972-1977 during a time period that included the passage of the federal Clean Water Act. She became part of the growing movement for water quality regulations to stop water pollution.

Her interest in California water policy began when she chaired a study about water issues while as a member of the League of Women Voters in Santa Barbara County. Next she was appointed to the Central Coast Regional Water Quality Control Board. Then after a move to the Bay Area, she was appointed to the San Francisco Bay Regional Water Quality Control Board. She was also a trailblazer for women as a civic leader, serving as the first woman mayor of Hillsborough and third woman president of The Commonwealth Club of California.

Her devotion to water issues continued throughout her lifetime. Among the activities she was involved in was as a longtime consultant for the San Francisco Estuary Project. In an article in Estuary newsletter in June 1999, she discussed her consensus-based approach. “You have to keep at it and you have to be forthright and honest,” she said in an excerpt.

She also was a devoted and longtime member of the Water Education Foundation Board of Directors. With her background as a mother and a former teacher, she volunteered to be the first coordinator of a new mentoring class for young working professionals called the Water Leaders Class. In her honor, the foundation established the Jean Auer Scholarship program.