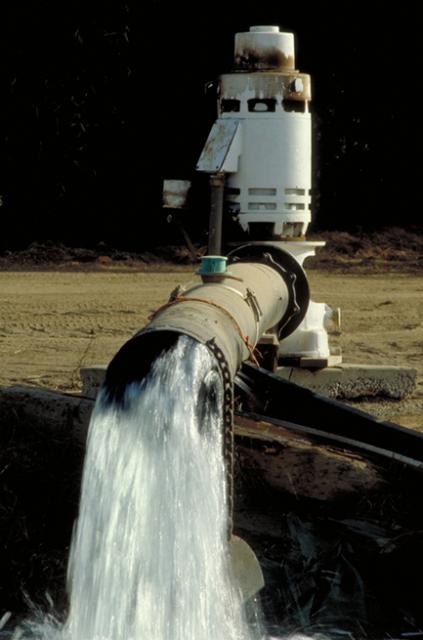 The treatment of groundwater— the primary source of drinking water and irrigation water in many parts of the United States — varies from community to community, and even from well to well within a city depending on what contaminants the water contains.

In California, one-half of the state’s population drinks water drawn from underground sources [the remainder is provided by surface water].

Each day, on average, 14.5 billion gallons of groundwater are extracted in the state, far more than anywhere else. This water may be treated [see also Water Treatment] as it is pumped from the ground to remove certain contaminants, or it may be chlorinated if there is concern of bacterial or parasitic infection. Such treatment is in response to earlier discoveries of contaminants that percolated into groundwater  supplies. These pollutants have included industrial and agricultural chemicals, leaky gasoline tanks and other toxic. As a result, more than 4,000 drinking water wells have been shut down in California since 1984.

Meanwhile, in 2013 a State Water Resources Control Board report found that, “despite the fact that 98% of Californians who receive water from a public supplier are served safe drinking water, a “significant number” of California communities rely on contaminated  groundwater sources for their public drinking water supply, requiring the source to undergo a “comprehensive treatment effort.”