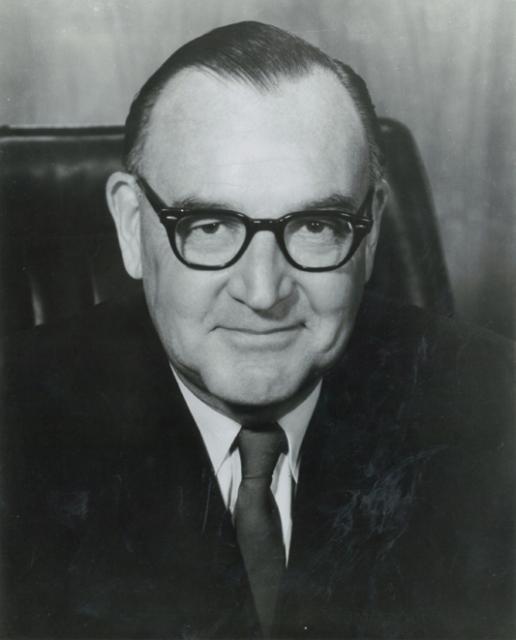 Edmund G. “Pat” Brown (1905-1996) was California’s governor from 1959-1967, exemplified the best in public service and left a wide-ranging legacy that featured first and foremost the State Water Project (SWP) and California Aqueduct but also included the Fair Housing Act, the Fair Employment Act, the Master Plan for Higher Education and highway expansion.

He was a native Californian from San Francisco whose lifelong passion and interest in water development began as a boy when he witnessed dry summers and impacts of drought on the family farm in the rural Colusa County town of Williams in Northern California. So much so that during his gubernatorial tenure, he was determined to use his power and prestige to successfully implement a comprehensive statewide water plan and expand the state’s water resources.

In his first inaugural address on Jan. 5, 1959, he said, “Development of our water resources is crucial to every segment of our state — the ranchers in our mountain areas, the farmers who make California the nation’s leading agricultural producer and the homeowners in our population, which will grow to 20 million by 1970. No problem has occupied more of my time in the weeks since election than water. Striking progress has been made. I can tell you now that I will soon present a water program, which is rational, realistic and responsive to the needs of all the people of the state.”

True to his words, in 1959 the state Legislature passed and he signed the California Water Resources Development Bond Act, also known as the Burns-Porter Act, which authorized construction of the SWP. The voters still had to authorize its funding, which they did by passing Proposition 1 on the November 1960 ballot.

In 1961 construction began on what would be the largest state-financed water project ever built. Water issues continued to be a focus in Brown’s second term. In his second inaugural address, he said, “The California Water Project, which once threatened to divide our state, now unites it.” In another excerpt, he said, “I believe water development must be pursued at all levels of government, federal, state and local.” On water quality, he said, “I also ask you to take new steps to broaden the guarantee of pure water in California. I propose that the State Water Pollution Control Board and the nine regional boards be consolidated under one State Water Quality Control Board.”

His words also addressed commitments to “high priority to fish and wildlife development wherever water projects are built” and improvement on groundwater levels. Known as the Father of the State Water Project, the California Aqueduct was renamed in his honor as the Governor Edmund G. Brown California Aqueduct.

Prior to serving as governor, he had been elected as the San Francisco district attorney and then went on to be elected to two terms as state attorney general. His story is told from the perspective of his granddaughter in “California State of Mind: the Legacy of Pat Brown,” a documentary film co-written, directed and produced by Sascha Rice. The Water Education Foundation was its fiscal sponsor. . The foundation also coedited his book of articles, “Achieving Consensus on Water Policy in California” for the Pat Brown Institute. His son, Edmund G. “Jerry” Brown Jr., is serving his third term as governor with water issues a mainstay of his gubernatorial platform.