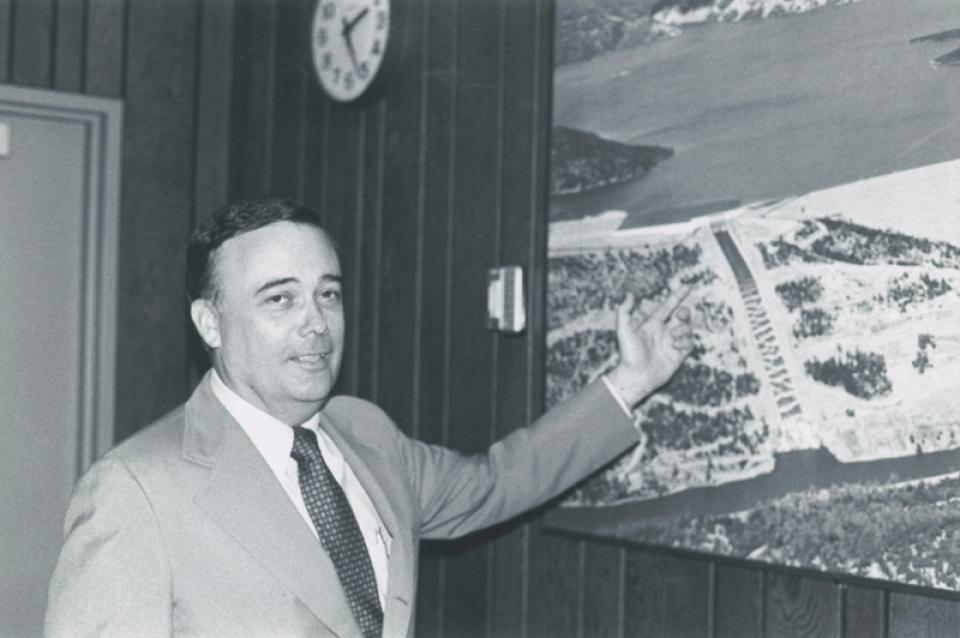 From 1983-1998 he served under the administrations of both Governor George Deukmejian and Governor Pete Wilson. As director, Kennedy managed a $900 million annual budget and oversaw the work of 2,500 employees throughout California, according to an article in DWR Magazine. He was well respected and often praised for his strong sense of public service and management style.

To cite just a snapshot of key events during the Kennedy years, there was the 1986 signing of the Coordinated Operation Agreement between DWR and the U.S. Bureau of Reclamation; the 1994 historical Framework Agreement and Bay-Delta Accord; SWP expansion, including (but not all inclusive) new powerplants, the North Bay Aqueduct and Coastal Branch; Colorado River negotiations; the 1994 Monterey agreement giving State Water Project contractors more operational flexibility; and some of the worst floods and drought on record, which resulted in the first drought water bank in 1991.

Working with the Water Education Foundation and the Association of California Water Agencies (ACWA), DWR launched the statewide Water Awareness Week, which became a month-long event. Kennedy retired in 1998 from a career that began in 1962 as a junior civil engineer at DWR in Sacramento.

Between his two stints at DWR, he worked from 1968-1983 for the Metropolitan Water District of Southern California — first in engineering and then as an assistant general manager. Post-retirement he was a popular speaker who traveled throughout the world speaking on water-related issues. He also served on an advisory panel on the 2005 New Orleans’ levee failures.

“Kennedy was intelligent, organized, calm, reserved and ethical, a formidable icon in California’s water community, respected alike by adversaries and allies on a variety of California’s most potent water challenges,” was an excerpt from a tribute to him in the “DWR News/People” magazine.