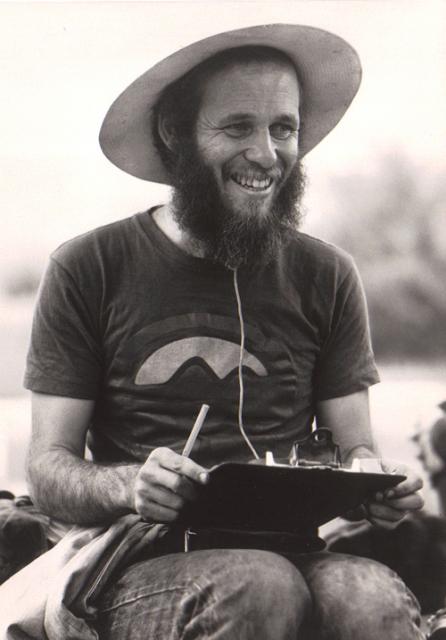 David A. Gaines (1947-1988) is known for founding the Mono Lake Committee in 1978 with the goal of preserving its ecosystem and leading a grassroots effort to “Save Mono Lake.” The result would be an environmental cause célèbre. As a synopsis of the Mono Lake litigation, in 1979 a lawsuit was filed against the Los Angeles Department of Water and Power (DWP) to stop diversions to Southern California — citing the public trust values at Mono Lake.

Dating back to Roman law, the Public Trust Doctrine is an ancient legal doctrine that protects navigable bodies of water for the use and benefit of all the people, according to information from the Mono Basin Clearinghouse digital library. It is apropos that an ancient doctrine would be used to protect this ancient lake in the Eastern Sierra.

In a 1983 precedent-setting decision, the California Supreme Court ruled that the state has an obligation to protect places such as Mono Lake ‘as far as feasible,’ even if this means a reconsideration of past water allocation decisions.” Accompanying the ruling was the landmark 1994 decision made by the State Water Resources Control Board amending DWP’s water licenses to comply with Fish and Game code requirements.

Sadly, Gaines’ efforts were not yet over when he died in an area car crash in January 1988 at the age of 40. A memorial plaque at the Mono Lake Visitors Center reads in part: “David, a prominent ornithologist, fell in love with Mono Lake when he began studying the bird life here. … He played a significant role in the designation of the Mono Basin National Forest Scenic Area. David had a passion for teaching people and sharing the wonders of the Mono Basin.”