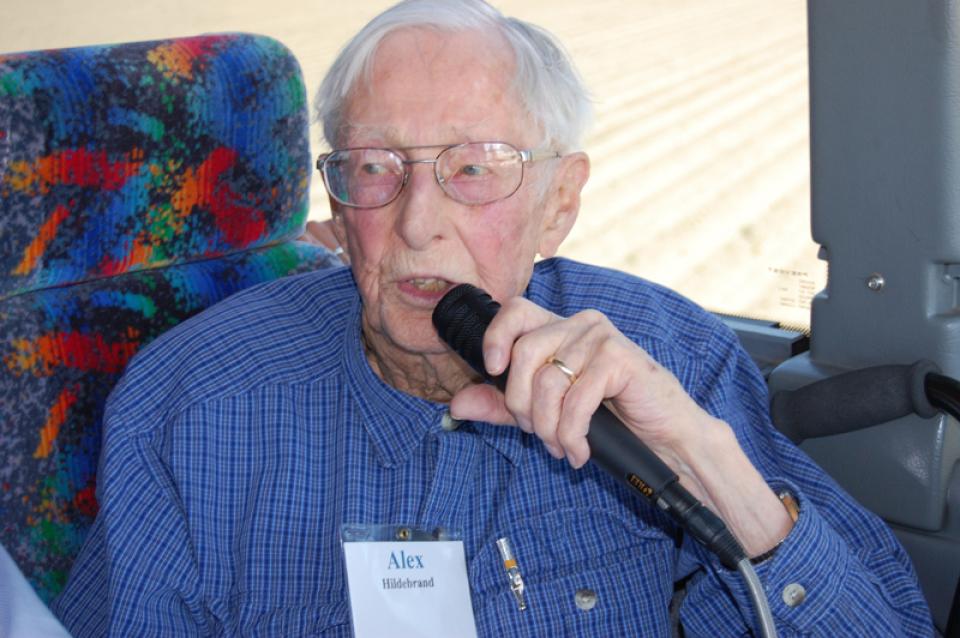 Alex Hildebrand (1913-2012) had an understanding and knowledge of California’s South Delta and San Joaquin River bar none. After retiring early from a career as an engineer for Standard Oil of California, he moved his family to the San Joaquin Valley where he farmed for nearly 50 years while active in water issues and as an advocate for the area.

For more than 30 years he was a member of the South Delta Water Agency Board of Directors and a longtime consulting engineer, working to protect the Delta, specifically in regard to salinity issues, and the region’s agriculture. He was appointed by then-Governor Pete Wilson to the CALFED Bay-Delta Oversight Committee and then the CALFED Bay-Delta Advisory Committee.

In 2007 he was inducted into the Manteca Hall of Fame whose “mission is give recognition to the citizens of Manteca/Lathrop who served as achievers in their respective fields and to promote them as role models for the young people of the community.”

Hildebrand was recognized for his efforts in agriculture. “He developed a passion for water issues and now enjoys statewide recognition as an authority on water issues,” according to an excerpt from the Hall of Fame.