Tour the Lower Colorado River in April and See the ‘Lifeblood of the Southwest’ Up Close Join us as we visit Hoover Dam and other infrastructure, wildlife refuges, farming regions and the Salton Sea

Tickets are now on sale for the Water Education Foundation’s April 11-13 tour of the Lower Colorado River. 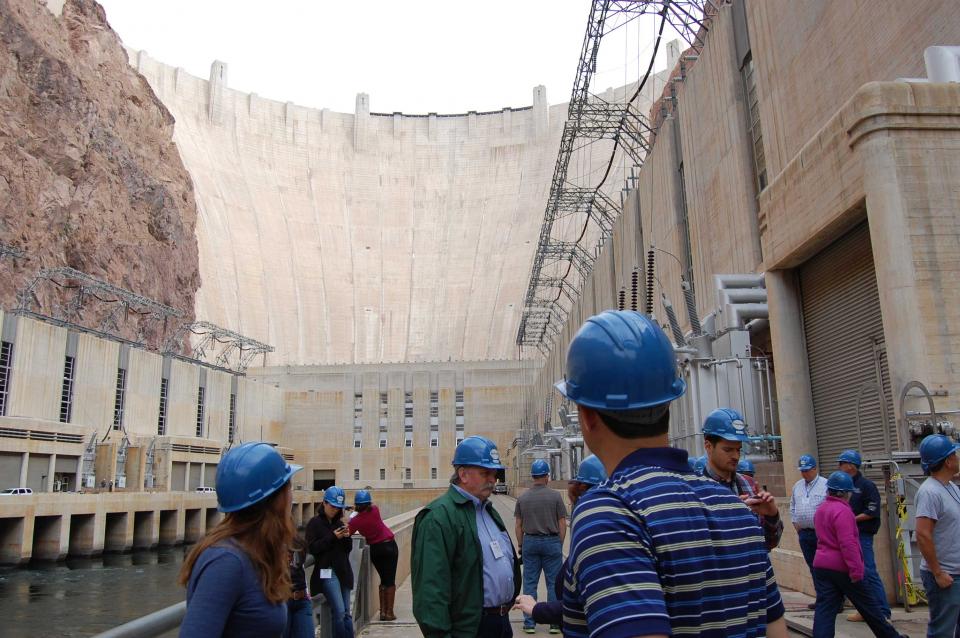 Don’t miss this opportunity to visit key sites along one of the nation’s most famous rivers, including a private tour of Hoover Dam, Central Arizona Project’s Mark Wilmer pumping plant and the Havasu National Wildlife Refuge. The tour also visits the Salton Sea, Slab City, the All-American Canal and farming regions in the Imperial and Coachella valleys.

You will learn about the important role that Colorado River water plays in the three Lower Basin states: Nevada, Arizona and California. Topics to be discussed include water allocations, the ongoing drought, reservoir storage levels, water conservation, urban water supply and endangered species.

This three-day, two-night tour begins in Las Vegas on April 11 and ends at California’s Ontario International Airport on April 13.

You also have the option of starting the tour in Ontario on April 10 when you can catch a free ride on the tour bus to Las Vegas.

Take advantage of our “Early Bird” discount program and register by March 10. Early bird pricing is available for all 2018 tours until one month prior to the tour start date. Click here to buy tickets for the Lower Colorado River Tour. This tour is sponsored by the Bureau of Reclamation – Lower Colorado Region.

And don’t miss out on our other tours during the first half of 2018: