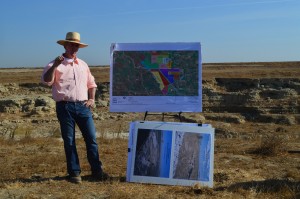 “Chase Hurley is general manager of the San Luis Canal Company in Dos Palos. He points to a small dam near the river in western Madera County. … ‘That dam, and this canal are sinking roughly six inches a year,’ says Hurley

“Groundwater withdrawals in the Central Valley are causing the ground to sink. … A USGS study soon to be released will show the details and the extent of the subsidence problem, and how it’s reducing capacity of the Delta-Mendota Canal, the California Aqueduct, and other canals that carry water to both urban and agricultural areas.”

Read more from Capital Public Radio, or listen to the story